Carl Danielson is a Boston-area playwright and the artistic director of Unreliable Narrator Theater Group. He co-wrote 2010: Our Hideous Future: The Musical! with Andy Hicks, which has had three productions over the past year in Boston and is touring in 2012. His sci-fi comic web series The Way of The Warrior-Bunny (which features characters from his 2009 full-length debut Paranormal) will be posted online fall 2011. More info about his shows can be found at www.unreliable-narrator.com. His web site is www.carldanielson.com. 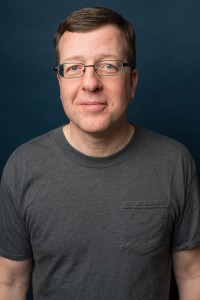 Patrick Gabridge’s full-length plays include Lab Rats, Blood on the Snow, Distant Neighbors, Chore Monkeys, Constant State of Panic, Blinders, and Reading the Mind of God, and have been staged by theatres across the country. He’s been a Playwriting Fellow with the Huntington Theatre Company and with New Rep and has received fellowships from the Boston Foundation and the Massachusetts Cultural Council. Recent commissions include plays and musicals for In Good Company, The Bostonian Society, Central Square Theatre, and Tumblehome Learning. His short plays are published by Playscripts, Brooklyn Publishers, Heuer, Smith and Kraus, and YouthPlays, and have received more than 1,000 productions from theatres and schools around the world. He is the artist-in-residence at Mt. Auburn Cemetery for 2018-19, where he will be developing new site-specific plays. He’s also the author of three novels, Steering to Freedom, Tornado Siren, and Moving (a life in boxes). His work for radio has been broadcast and produced by NPR, Shoestring Radio Theatre, Playing on Air, and Icebox Radio Theatre. Patrick has a habit of starting things: he helped start Boston’s Rhombus Playwrights writers’ group, the Chameleon Stage theatre company in Denver, the Bare Bones Theatre company in New York, the publication Market InSight… for Playwrights, and the on-line Playwrights’ Submission Binge. He’s currently the New England Regional Rep for the Dramatists Guild, a member of StageSource, and a board member of the Theatre Community Benevolent Fund. He is the co-founder and current coordinator of the New England New Play Alliance and is the artistic director/producer of the new theatre company, Plays in Place. You can read more about Patrick’s work on his website, www.gabridge.com, or on his blog, The Writing Life x3. Patrick has a passion for history and a lifelong love of science and scientists. In his spare time, he likes to farm and fix up old houses. 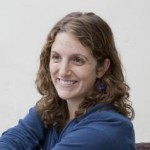 Ginger Lazarus is an award-winning Boston-based playwright, screenwriter, and teacher. Recent productions include The Housekeeper with Fresh Ink Theatre, Burning with Resonance Ensemble and Boston Playwrights’ Theatre (2013 Boston My Theatre Award for Best New Work), The Embryos with Fresh Ink, A Blessing and a Curse: A Duet of Plays on Motherhood presented by Spiced Wine Productions, andMatter Familias with Boston Playwrights’ (IRNE nomination for Best New Play). She received the 1999 John Gassner Memorial Playwriting Award for MOCKBA: A Play About Moscow and was selected as a ten-minute play finalist in the 2002 Kennedy Center American College Theater Festival for Shooting Sparks. Her plays have been produced locally by Another Country Productions, Centastage, Queer Soup, Playwrights’ Platform, and the Boston Theater Marathon, and have been featured nationally in Untitled Theater’s 24/7 Festival, Philadelphia Gay and Lesbian Theater Festival, Pan Theater Ten Minute Play Festival, Women’s Theatre Project’s Naked Women Fully Clothed, and the Last Frontier Theatre Conference Play Lab. Two of her short plays also appeared at the Warehouse Theatre and Canal Café Theatre in London. Her screenwriting credits include two award-winning shorts for the Boston 48 Hour Film Festival and Mary, a film based on her stage play. Ginger holds a master’s degree in playwriting from Boston University and has taught at the University of Massachusetts Boston and Emerson College. She is a member of the Dramatists Guild, StageSource, and Rhombus playwrights’ group. 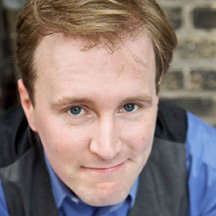 Walt McGough is a Boston-based playwright (by way of Pittsburgh and Chicago). In Boston, he has held fellowships with both the Huntington and New Repertory Theatre Companies, and was a finalist for the 2016 Dramatists Guild Lanford Wilson Award. His plays include Pattern of Life, which was named Best New Play by the Independent Reviewers of New England, and The Farm, Priscilla Dreams the Answer, and Paper City Phoenix, all of which received Best New Play IRNE nominations. Other plays include Chalk, Dante Dies!! (And Then Things Get Weird), The Haberdasher!, and Non-Player Character. He has worked around the country with companies such as The Playwrights Center, The Lark, the Huntington, New Rep, the Kennedy Center, NNPN, Boston Playwrights’ Theatre, Fresh Ink, Sideshow, Orfeo Group, Nu Sass Productions, Chicago Dramatists, and Argos. In 2015, his play Advice for Astronauts was selected as the winner of the Milken Playwriting Prize. He serves on the staff at SpeakEasy Stage Company in Boston, and was previously the company manager at Chicago Dramatists. He holds a BA from the University of Virginia, and an MFA in playwriting from Boston University. 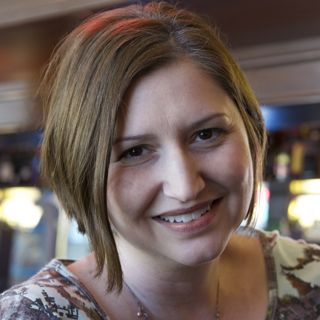 K. Alexa Mavromatis’s short plays and one-acts—including The Stakeout (finalist for the Actors Theatre of Louisville’s Heideman Award), Bone China, Jinxed, The Quiz, SL1 12:32 a.m., Right-Justified (co-written with MJ Halberstadt), and True Blue (finalist for the Arts & Letters Prize for Drama)—have been produced throughout the U.S. and internationally. Her work has been published in anthologies and textbooks by Smith and Kraus and Bedford/St. Martin’s; Jinxed is available as an acting edition from Original Works Publishing.

Alexa’s full-length plays include The Back Room (third place winner of the David Mark Cohen National Playwriting Award), Gravity, and Pirate Radio. She is a past playwriting fellow at New Repertory Theatre, and is a member of the Dramatists Guild, StageSource, and Rhombus Playwrights. Alexa earned her MFA in Playwriting at Boston University. In addition to her work as a playwright, Alexa manages marketing and communications for her creative home, Boston Playwrights’ Theatre.

Nina Louise Morrison is a playwright, director and teacher with an MFA from Columbia University. She is a Huntington Theatre Company Playwriting Fellow, winner of the 2016 Boston Project at Speakeasy Stage Company, a PlayLab Affiliate at Company One, a core member of the devising company Project: Project, and a member of Rhombus writers. Her plays have been read and produced by Fresh Ink Theatre, Huntington Theatre Company, Company One, 20% Theatre Company, Kitchen Theatre Company, Saltbox Theatre, Open Theatre Project, Our Voices, WOW Café, SLAM Boston, Wax Wings, Bostonia Bohemia, and the Boston One Minute Play Festival.  She was a semi-finalist for the 2014 National Playwrights Conference and she is the recipient of a Richard Rodgers Fellowship and a Shubert Foundation grant. Before moving to Boston, Nina was the Senior Program Associate at the Philadelphia Theater Initiative. She also trained as an actor at the National Theatre Institute at the Eugene O’Neill Theatre Center, the New Actors Workshop, and received her BA from Oberlin College. She currently teaches playwriting at Grub Street and the University of New Hampshire. Upcoming: Google Doll, a deconstruction of Ibsen’s A Doll’s House with Fresh Ink Theatre at the Boston Public Library.